Knights to Ride for Ashlyn and Lacy Coogan on Sunday 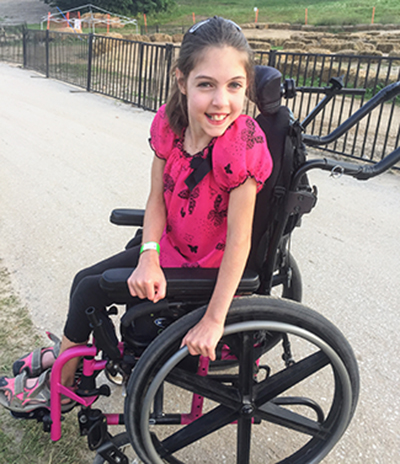 As for entertainment, what could be better than spending the day riding or (this year) driving through the beautiful countryside with a gang of like-minded fellows and ladies, a chance of winning $1,000 and all for charity?

Roll up, one and all, for the ninth Annual Knights of Columbus Charity Poker Ride coming up this Sunday, September 10, starting at the Curling Club in Orangeville.

Staged as a fundraiser for the benefit of local families (usually) with disabled children who have needs that exceed the support from OHIP or other government agencies, the Ride has attracted motorcyclists both for the day itself and the good that the fund raising does.

As we were told some time ago by Steve White as Chair of the Charity Committee, “We don't want to raise funds for institutions. We want the funds we raise to go directly to families in this area.”

Said one of the riders, “It's always a great day with a tour of the country that is mapped out for us. Then, the money we raise does some local families some good. The Knights go to a lot of trouble to make this fun.”

This year, car drivers are invited for the first time to join in the tour.

“The more, the better,” we were told. “We were asked to include motorists and we decided it was a good idea.”

In large part, this year again, the Knights Ride is for the Coogan family and their daughter Ashlyn, now nine years old.

Their story is: what should have been a reasonably trouble free birth of Mrs. Coogan's twin girls – Ashlyn and Lacey -was subject to a series of misjudgements on the part of the medical team attending that birth, resulting in a belated caesarian section of the second baby, Ashlyn. She was consequently born “flat” or not breathing, for 10 minutes. Given some seriously radical treatments, while saving her life, left Ashlyn to suffer, forever, with quadriplegia spastic cerebral palsy.

“We're really appreciative that the Knights [of Columbus] have accepted to ‘adopt us,'” said Tammy Coogan, the twins' mother.

Her comment came as we were talking this week about the current situation within the Coogan family and Ashlyn's progress.

“She hasn't had a major seizure since Easter,” Mrs. Coogan told us, adding, “but that one was so severe that it left her paralyzed – we were terrified she wouldn't come out it. It's called Todd's Palsy and it is the body's way of giving itself time to recover from the seizure.”

The Coogans have dedicated themselves to providing Ashlyn with every chance to survive as well as possible this heavy diagnosis. Although Mr. Coogan has a decent job, the costs of treatment and equipment Ashlyn requires is far beyond what OHIP will pay and stretches to the limit what the family can support.

Ashlyn and Lacey are both going into grade 4 this September. It is normal to keep Ashlyn with her peers at school, although she needs time with her sensory tools. She has  an ERW individual with her all the time.

When the girls began school, Lacey opted to be in a different classroom from her sister. It was a good decision, for it gave them both the chance to have their own friends.

Mrs. Coogan remarked, “She understands everything you say and she has a great sense of humour. In fact, she is often the first to laugh at a joke – before anyone else.”

Through the years, Ashlyn's parents have researched and obtained sophisticated equipment and treatment to help her speak, read and walk. In her early days, they brought her for Botox treatment on her legs which otherwise would have curled and been useless. The Botox has helped to keep them straight so that she can walk with a walker and she can crawl.

In the last several months, Ashlyn has grown much taller, meaning that she has out grown a lot of her equipment: special bicycle, walker, wheelchair, car seat, and AFO braces.

Lacey's birth was not without problems and she has had her difficulties, too. Recently, she has been diagnosed with ADHD.

Registration for the ninth annual Knights of Columbus Charity Poker Ride on Sunday is at 8:30 a.m. at the Curling Club on Fifth Avenue. For all the details, go to www.kofc8851.ca.