Jr. A Northmen done for the season 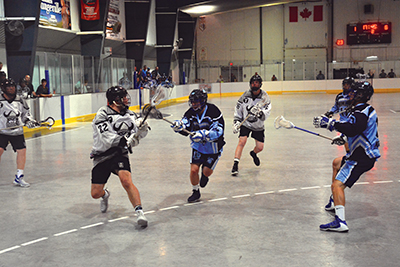 The Orangeville Junior A Northmen are done for the season after losing out to the Mimico Mountaineers in the first round of the OJALL playoffs.

The best-of-five series got underway on July 16, with the first game ending in a 9-6 loss for the Northmen.

The return to Tony Rose arena in Orangeville on July 18, saw the Northmen behind the eight-ball when they took a 12-2 loss giving them one more chance to keep the series alive.

It was all over when the Moutaineers tied the game in the third period of game three then went ahead with two final goals to win the game 13-12 and take the series.

The Northmen ended the regular season in the number six spot in the 11 team league with a 10-9-1 record.

The Six Nations Arrows finished in first place followed by the Brampton Excelsiors and the Mimico Moutaineers.

Six Nations, Brampton, Mimico, and the Whitby Warriors will now go on to the second round in the quest for the OJALL championship.