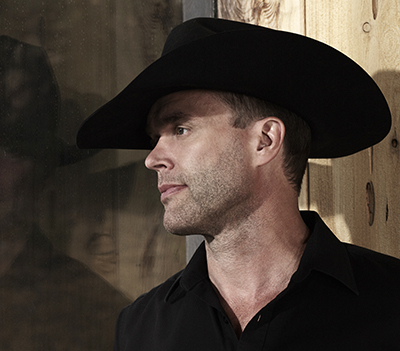 Sandra Gallaugher, co-chair of Shelburne's Heritage Music Festival Co-Chair says it was “a challenge to find a Friday night headliner that was as popular as Jim Cuddy,” last year's big draw, “but know that we have found a lineup that is sure to please.”

The Festival will kick off on Wednesday, August 9th and run through to Sunday, August 13 with entertainment for the whole family.

Ms. Ferguson says the biggest challenge facing the committee is to “re-engage” area residents in the new festival. Last year, the Rotary Club of Shelburne made a “make or break” decision to revamp the Canadian Open Championship Old Time Fiddle Contest, re-branding it as the Heritage Music Festival.

“It was a gutsy move,” says Bobbi, “especially since the Fiddle Contest has been around for over 66 years.”

The Heritage Music Festival, along with the ongoing Fiddle Contest, is organized and run by Rotary. However, Ms. Ferguson noted that “the Kinsmen, Kinettes, Lions, Legion and other local groups organize the parade, camping, dinners, and dances to enhance the week and offer something for everyone.”

Scott Woods will return as the Master of Ceremonies for the fiddle competition, which includes some new categories this year. The festival will start on August 9 with the ever-popular Barn Dance; Thursday, August 10 will feature The Fitzgeralds; and the Fiddle Contest playdowns will be held Friday, August 11.

Kelly Prescott and her band will be Lund's opening act Friday night. Early Bird Tickets for Corb Lund are $35.00 until April 10th at Holmes Appliance and Music Shop, 135 Main Street in Shelburne – call 519-925-3037, or at heritagemusicfestival.com on-line.

The annual parade takes place down Main Street on Saturday, August 12, followed with a performance by Shelburne's own “Elvis”, Dustin Bricker. The Fiddle Contest finals will be on Saturday night with entertainment by The Barrel Boys. On August 13, a non-denominational church service with music by The Masters Four finishes off the events for 2017.

The annual festival brings thousands of people into the area every summer. “Shelburne is known worldwide for the Fiddle Contest and it would be a shame to see this part of our heritage come to an end,” says Ms. Ferguson. For more information visit: heritagemusicfestival.com.