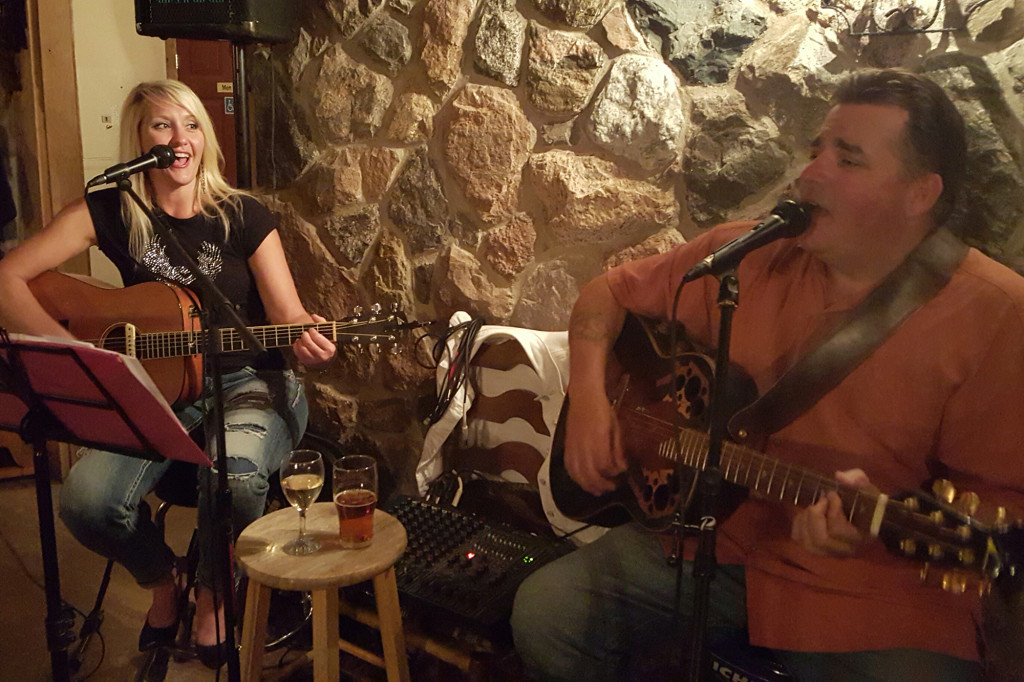 Kristin Scott is a Country singer – it is in her blood.

Her parents are Country singers Audie and Gordon Henry. “I grew up in the business. My dad won a Everly Brothers competition with his cousin when he was 14 or 15. My mom was [a singer] – she was on the Tommy Hunter show a couple of times and they met through the music business. They played all around here [southern Ontario].”

She added, “I remember sitting under the stairs at different venues while they played.”

However, as she explained, all their family remained here in southern Ontario, many in the Shelburne area, to which she and her parents returned every year at Christmas and in the summer. By 2005, having married and had a child, Ms. Scott returned to this area to be closer to her family here.

“My parents are still in Texas but I wanted to be back in Canada – the family are all here,” she commented. “My parents were both one of five children, so we are closer to where everybody lives; everybody lives within an hour's drive of here. My parents still come up every summer and Christmas.”

In due course, Ms. Scott and her husband separated and she needed to work. She started a job in Toronto and, as the “whole family” was here, commuted from Shelburne every day for five years.

By that time she had had enough of the drive so on August 12 this year she “just jumped into real estate, earning my license to be an agent. I've been going full time here since mid-August.”

While she was living in the States, she “did mortgages” and it followed that this move to become a real estate agent, a sales representative, was a logical step.

At some point along the way, she had entered into a time of chronic depression and the battle with it that has lasted for nearly 15 years. Never willing to give in to it, though, she has fought it and is finally coming back to herself. In fact, she came back to Canada already suffering the from the problem.

Her music has been an element of that recovery; that and her new-found love for real estate.

A few weeks ago, a group of us had gathered together at The Edge Wine Bar and Grill by the Headwaters Racquet Club on the west end of Orangeville, where Ms. Scott was singing with her friend and fellow musician, Gary Heaslip. The singing and the companionship of music they shared made her glow with the wonderful benefits that playing or, indeed, listening to music can bring.

“The music was good; listening to music makes you feel something; so, to perform and give that back is really healing,” she remarked. “Once the music started and everything calms down – it makes  you feel great – it's more something of myself, one of my passions.”

Of her dealing with depression, she told us straight: “No matter what, at the end of the day, I did get up. Much as my kids have seen me falter, they've seen me get up and make dinner. ... I have worked to overcome it – close on 15 years.”

As if to mark the progress she has made, Ms. Scott was nominated this year three times for the Dufferin Women in Business: Networker of the Year, Mentor of the Year and Woman of Influence. Although she did not actually win in these categories, she was pleased with the acknowledgment of the nominations.

She went onto tell us: “You have to pull yourself out of depression – getting into real estate has been really good.”

For her, what is particularly good about the real estate business is the chance to help people find the home they want.

Her new slogan: “Helping you find your next happy place.” That approach to her job “is bringing me back to happiness.”

She remarked: “Me helping people [find homes they love], I'm getting help myself.”

You can reach Ms Scott at her online address: kristinscott@royallepage.ca