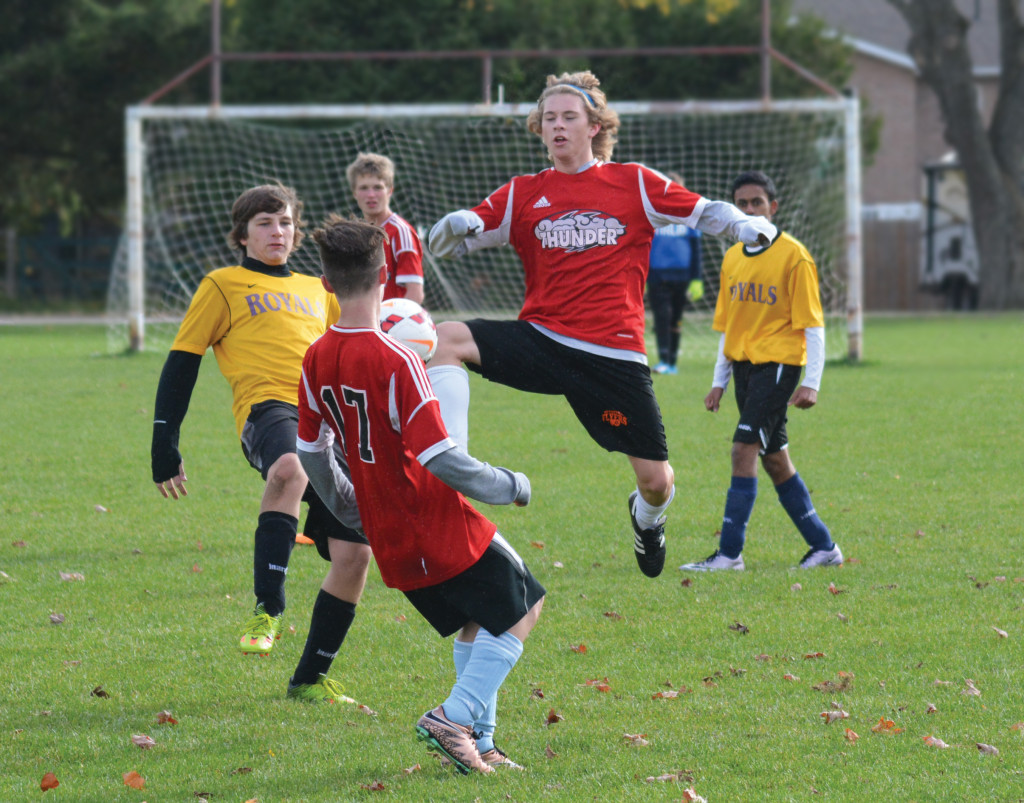 Loss to CDDHS in the  final game

After a good season that saw the Thunder beat the other teams in the District and playing to one tie in the first game, it was Centre Dufferin that gave everyone trouble this season - including the Thunder - who lost their only games to the Shelburne team.

The Westside team finished the regular season with a 3-2-1 record and a second place finish.

They went on to win their semi-final over Norwell District Secondary School 3-2, on October 19, to earn the right to go to the final.

The championship game in Shelburne was played under cloudy and windy conditions with some slight drizzle at times.

After trailing by four goals at the half, the Thunder managed to score one more before the game ended.

They had to settle for an 8-2 loss to end their season.

The Centre Dufferin team was undefeated for the season going into Monday's game and will now go on to the regional championship (CWOSSA) on Thursday, October 27, in Guelph.