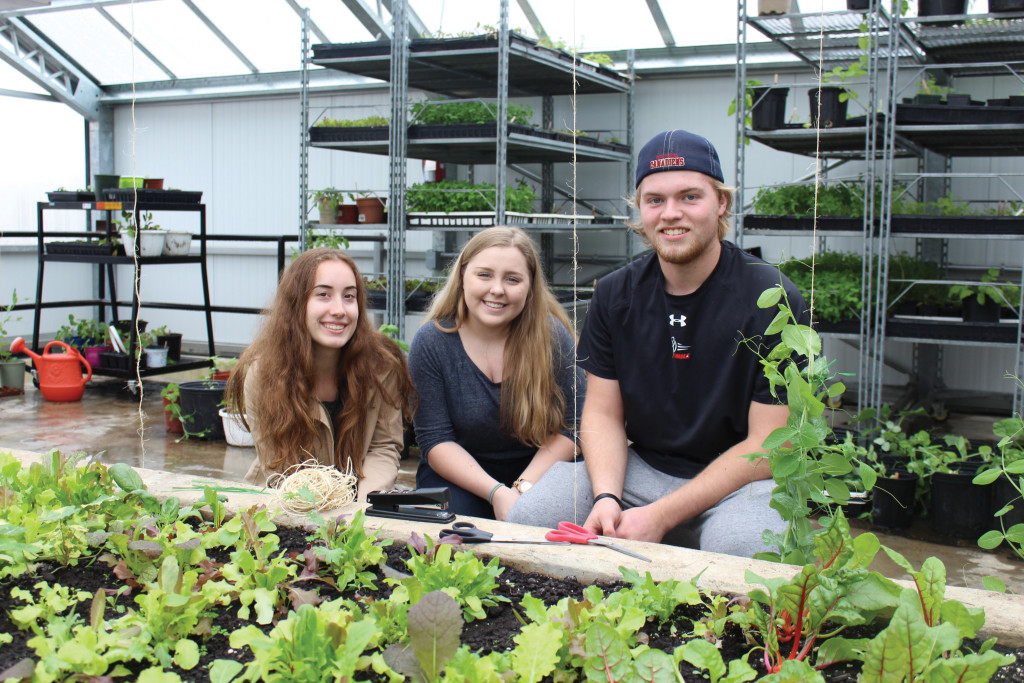 The operation of the greenhouse and its accompanying environmental studies classes has long been a tradition at the local school. First opened in 1962, the structure supported 54 years' worth of programming at ODSS before it was rendered unsafe following a harsh winter in 2014.

Rather than simply tear it down, members of the Upper Grand District School Board (UGDSB)) saw the “special value” the greenhouse and its programs brought to the facility and decided to fund a complete rebuild.

“The greenhouse has been such a big part of Orangeville District Secondary School for such a long time and so we felt like we wanted to do this project in such a way that it did justice to the old facility,” Carlo Zen, Student Success Lead with the school board, told the Citizen.

He added, “I think the school does a fantastic job with its environmental programming. It's almost become a tradition at ODSS. You can see from the number of students that are actively involved in this that it's something the school truly believes in and we as a school board stand right there beside them. It's hugely important that we educate the next generation on the importance of the environment.”

Following a year without greenhouse classes at ODSS, environmental studies teacher Mike Dinka indicated he was looking forward to making up for lost time, stating the school would be getting as much use as possible out of the new greenhouse facility over the coming years.

“Getting a project like this done is in some ways a miracle,” Mr. Dinka said. “In 2014 our aging, but beloved greenhouse had come to the end of its useful lifespan. The journey from there to here has been a long and winding and occasionally frustrating process, but ultimately here we are. The greenhouse is built and the seeds are in the soil. We're incredibly excited.”

Grade 10 student Kealan Crago addressed the crowd prior to a tour of the site, stating that the entire student body and the greater community in general would benefit from the greenhouse's reopening.

“The greenhouse is, has and always will be a very important part of Orangeville District Secondary School,” Ms. Crago said. “Overall, the new greenhouse is highly beneficial to both students and the community. Its progressive design keeps us in touch with our roots while improving on out of date technologies.”

Participating in a brief tour of the facilities, staff, students and dignitaries were able to witness first-hand the incredible work that goes on at the greenhouse. With students growing a wealth of different vegetables, school staff and district board members alike were impressed with what they saw.

Speaking to the Citizen at the time, Principal  Lenny said he was pleased to have the greenhouse available to students once again.

“We currently have a generation that is very much informed on the importance of the environment and I think we've done well here in recent years to whet the appetite of our students as it relates to our environmental programs,” he said. “We have roughly 100 students spread across four classes in Grades 11 and 12, so we put a high emphasis on this program within our school.”

He added, “This program has really captured the imagination of our students. It's timely, more and more people are becoming aware that we have to take care of the environment and it builds skills for life. The greenhouse has been used on site here for over 50 years, now we're looking forward to the next 50 years and beyond.”