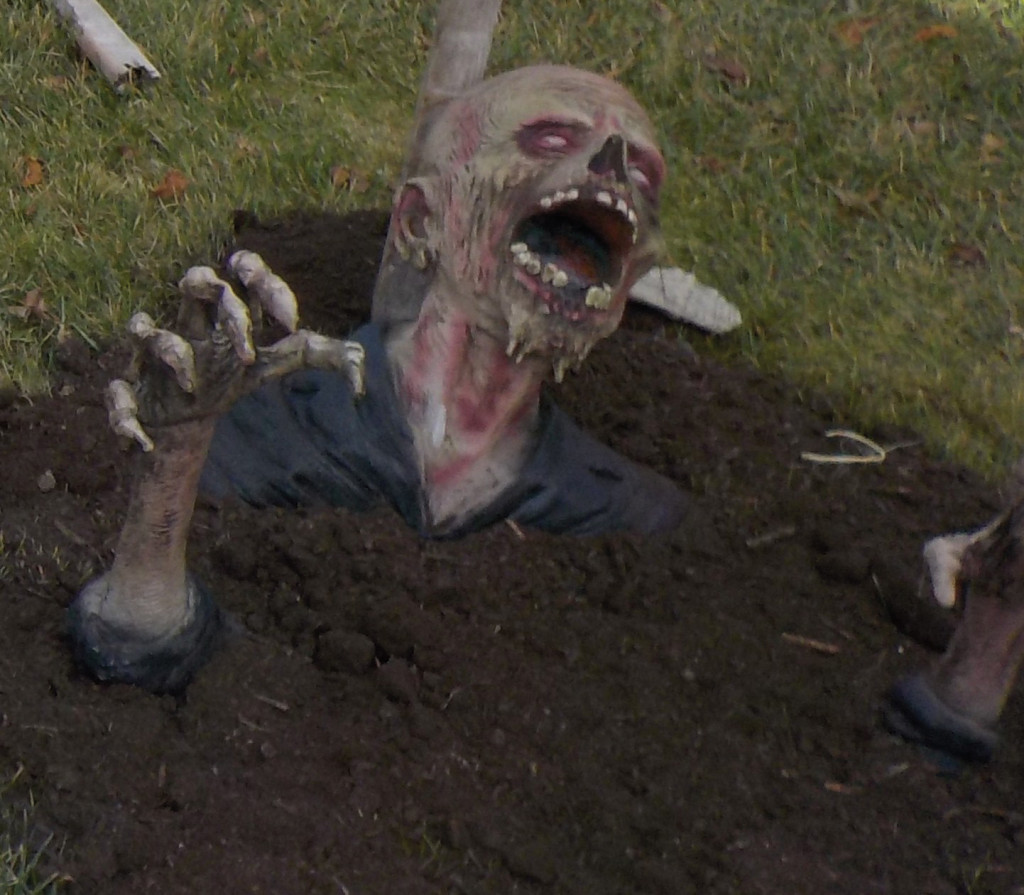 With Halloween right around the corner one local family is ramping up preparations as they prepare to host Orangeville's sixth annual Haunted House.

Since launching the spooky spectacle back in 2011 with the help of his family and some neighbours, Glenn Holmes has done his best to transform a portion of his Biscayne Crescent home into the town's most terrifying Halloween destination. With the big day now just four nights away, he's looking forward to doing it all again.

“We have a ton of fun running our haunted house,” Holmes told the Citizen. “We empty absolutely everything out of our garage, build a little extension and just transform it into an incredible Halloween experience. It's really, really cool.”

The event is aimed at kids of “trick or treating age,” he says, although he indicated the Haunt is appropriate for all ages.

“We always try to put a bit of an edge on the experience, so it's a little scary at times,” Mr. Holmes said. “We have people dressed up inside scaring those that come through, we've got different machines and animatronics. It's just a really good Halloween experience.”

In a concerted effort to keep the event fresh Mr. Holmes changes the underlying theme of the Haunt on an annual basis. With a slight chuckle, he indicated to the Citizen that this year's spooktacle will definitely be one the public will remember.

Having welcomed more than 300 visitors over two nights last year, Mr. Holmes will once again be offering up a double dose of chilling action. The Haunt will run from 6:30  to 9:00 both Sunday and Monday evenings.

While the event itself is completely free, Mr. Holmes is once again asking for food donations following last year's hugely successful drive for the Orangeville Food Bank.

“Last year we decided to spice things up a little bit and ask that parents bring food donations for the local food bank and we managed to raise over 300 pounds of food. It was incredible,” he said. “So we're asking for the same again. It's a free event, there's tons of candy on hand for the kids, if people can contribute to what is a worthwhile cause that would be great. We're hoping to at least match last year's total, but it would be really cool to go one step further and beat it.”