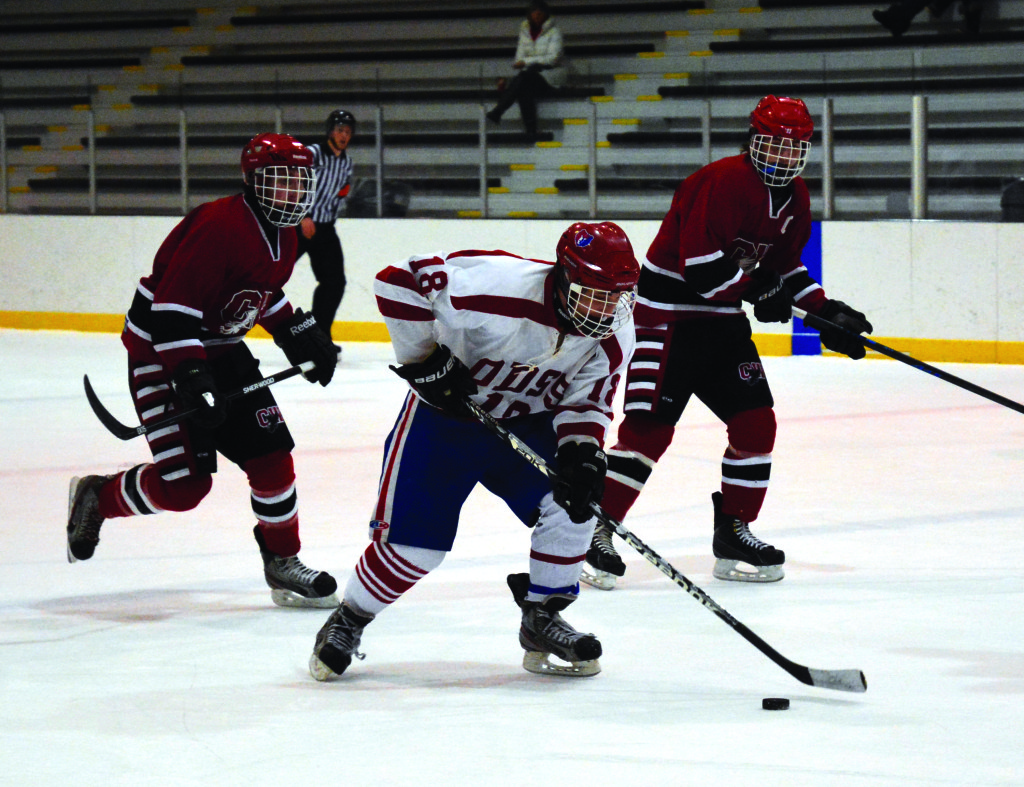 The Orangeville District Secondary School Bears boys hockey team took their first loss of the season when they gave up a 4-0 game to Centre Wellington District High School at Tony Rose arena on Tuesday, January 19.

The two teams tied the regular season with 19 points.

Centre Wellington finished with two losses including one overtime loss and finished in first place based on a points for / points against average.

The Bears went into Tuesday's game with nine wins, no losses and one tie.

The teams played to a scoreless first period in a fast paced game that saw the two top teams in the district battle hard for that final regular season win.

Centre Wellington opened the scoring on a powerplay with 3:29 left in the second period on a wild scramble in front of the net then followed up with a second goal 39 seconds later.

The Bears battled hard for the remainder of the frame but just couldn't find the back of the CW net.

The Bears had a chance midway in the period when CW took a penalty and the Bears had a man advantage but they couldn't capitalize on the opportunity.

The visitors got their final goal late in the game to shut-out the Bears 4-0.

The Bears have been playing with short bench for most of the season and coach Justin Davis said that with new line-ups on the ice the players are still working to gel as a unit.

“They outworked us. Today they were the better team,” Davis said. “I thought they played really well and they used their whole bench. This the first time we had a full line-up. It was weird for the guys - they haven't gelled yet. I always said it would be interesting when everybody comes back so hopefully we'll get used to it soon. Usually we haven't done it this late in the season but were just trying to get a fell for everybody (on the ice).”

This was the only game this season the Bears failed to get on the scoreboard.

“We had a lot of control, we just didn't pucks in the net,” Davis said. “Sometimes you've just got to get pucks to the net and look for the easy goals. We've played them (CW) twice and we beat them, they just outworked us today.”

The Bears will play their first playoff game on Thursday, February 11, at Tony Rose arena in Orangeville.