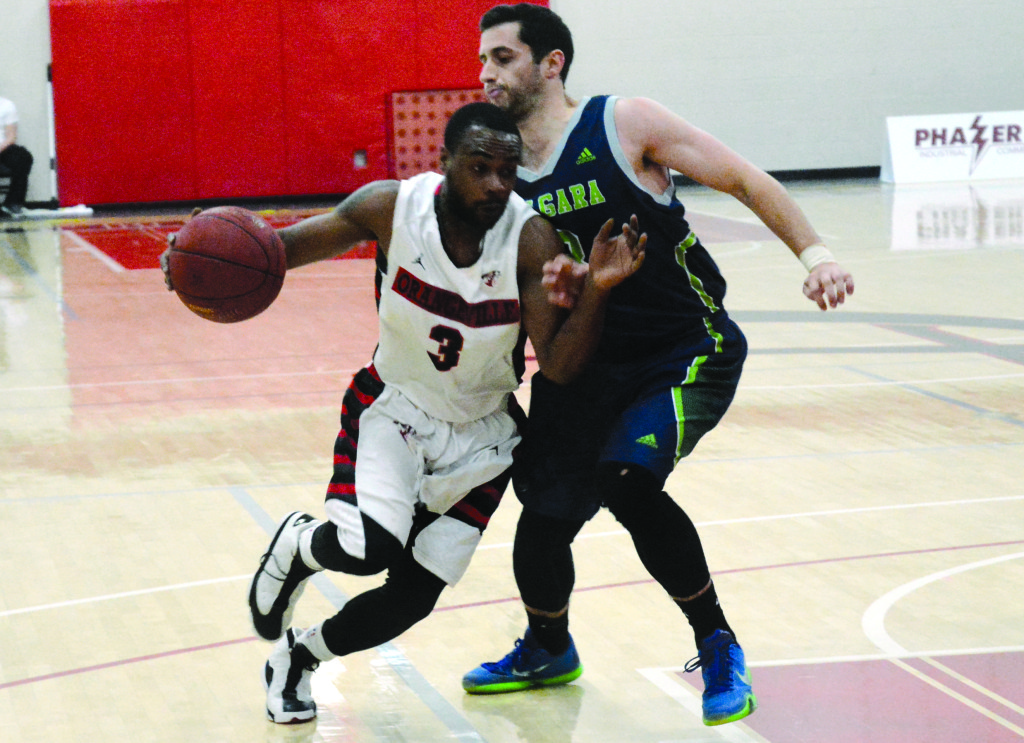 97-90 win puts Orangeville back on track

The Orangeville A's ended a minor three game slump with a win over the Niagara River Lions on home court at the Athlete Institute on Friday (Jan. 23) night.

The A's took an early 12 point lead in Friday's game then finished off the quarter with a 25-20 lead.

Orangeville's Justin Moss and Flenard Whitfield combined for a total of 24 points in the half.

Returning for the second half, the A's kept up the momentum on the attack taking a six point lead with Flenard having a hot hand and dropping 11 points in the third quarter.

The A's widened the scoring gap in the third quarter finishing with a 16 point lead to go ahead 75-59.

Moving into the fourth quarter the River Lions turned it up a notch to get back in the game and reduced the A's lead to eight points with eight minutes left on the clock but the A's managed to ramp up the defence and held on for the seven point win to take the game 97-90.

The A's didn't get any rest after Friday's game and were back on the court the following night when they travelled to London to take on the Lightning.

This time the A's had to settle for a loss when the game ended with only a one point difference with the Lighting taking an 87-86 win.

After the weekend the A's have a 3-6 record and are currently in third place in the Central Division.

London is leading the Division with a 9-2 record for the season.

The A's will be back in action on their home court at the Athlete Institute this Friday, January 29, when they will host the Moncton Miracles.