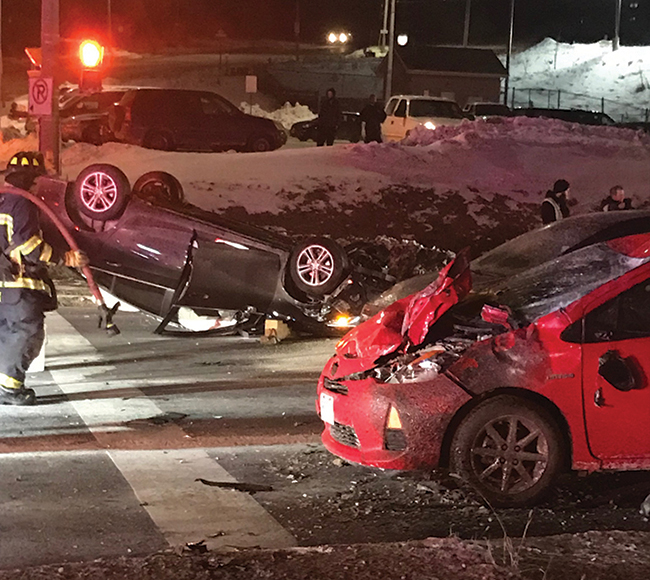 Dufferin OPP responded to a four-vehicle collision that left one car on its roof at the intersection of Highway 10 and Broadway in Orangeville on Feb. 11 just after 8 p.m.

The accused appears to have driven through the interception, over the median, and struck three other vehicles, according to Shannon Gordanier of the Dufferin OPP. Occupants of the other vehicles sustained only minor injuries, she noted.

A male was arrested at the scene for impaired driving and taken into custody, registering almost twice the legal limit of alcohol. The roadway was opened after the vehicles were removed.

The accused faces charges for dangerous driving and impaired driving with over 80mg of blood alcohol concentration.