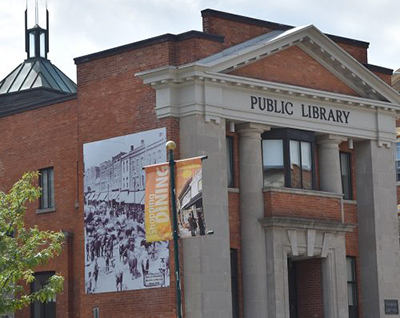 Orangeville Council went to great lengths not to endorse its new Parks and Recreation Master Plan on Monday evening (July 27), despite all members speaking favourably about various aspects of 520 page dossier.

Compiled by Toronto-based consultancy firm thinc design, the Parks and Recreation Master Plan is intended to guide the municipality through the next ten years as it relates to investing in community programs and enhancing recreational facilities. The Town set aside $75,000 to pay for the extensive report in the 2020 Budget.

Delivered to municipal staff on July 9, the plan includes 142 recommendations for Council to consider across its Parks and Recreation department. Speaking to the report on Monday, Michael Tocher, of thinc design, says that 83 of those recommendations could be considered operational, administrative or strategy based, with the remaining 59 recommendations separated into 16 projects focused on physical infrastructure improvements.

“The purpose of this plan is to identify and evaluate current projected parks and recreation needs and trends in town, assess the Town's recreation and parks services, infrastructure policies and partnerships, and provide recommendations for new and improves facilities, parks, programs and events,” Mr. Tocher said. “This is a 10-year plan, and is a very important tool for budgeting. It must be viewed as a living document to be updated and adjusted through the annual budget planning process.”

While developing the plan, thinc design surveyed more than 400 local residents over the phone, received responses from 407 Orangeville residents and 141 non-residents via an online survey and held six different focus groups and workshops in the area, as well as two public open houses.

Chief amongst the recommendations outlined in the report is a plan to consolidate Orangeville's library services at the Alder Recreation Centre and repurpose the existing library space on Mill St. That suggestion has been widely criticized by the community, with more than 70 residents officially submitting correspondence to the Town over the past three weeks speaking against the proposal.

Most members of Council have quickly distanced themselves from any plan to close the Mill St. library. On Monday, Coun. Lisa Post, who also serves as vice-chair of the Orangeville Public Library Board, addressed the “elephant in the room”, claiming there was no way the local library board would endorse the closure of the Mill St. library.

She added, “As it is right now, the library board has absolutely no appetite for the Mill St. branch to close, or stop serving as a library. From discussions with members of Council, I get the feeling the appetite from Council is the same as the library board. Our desire right now is to look at what possibilities there are for expanding our library services, because we understand that's a very important piece for servicing the community, and we're trying to find ways we can do that better. But that doesn't mean closing the downtown branch.”

The idea behind closing the Mill St. library centres around a multi-million dollar Investing in Canada Infrastructure Program (ICIP) grant the Town recently applied for through the federal and provincial governments. Back in Oct. 2019, Ray Osmond, the Town's general manager of community services, outlines plans for a $35 million redevelopment of the Alder Recreation Centre. Through the ICIP grant, the federal and provincial governments would cover the bulk of the cost of the redevelopment – with the feds providing $14 million, the Province chipping in $11.6 million and the Town putting up around $9.3 million.

Included in the ICIP application was a proposal to develop a 35,000 sq. ft. double ice pad, which Mr. Osmond stated would help to accommodate recreational hockey, skate training and leisure activities, expanding the swimming pool and removing the existing wet slide at the pool to accommodate the installation of an indoor spray pad and water play structure. Also outlined in the plan is a variety of behind-the-scenes facility upgrades, most notably to the refrigeration system.

Thinc design piggybacked on that plan in their suggestions for Alder, endorsing the proposal to add two new ice pads and extend the existing six-lane swimming pool into an eight-lane pool, while also repurposing the space currently occupied by Humber College into a variety of programming and social spaces. Humber College revealed last year that it planned to pull out of Orangeville by June 2021.

By redeveloping the Alder facility, thinc design believes the Town would have an opportunity to completely repurpose Tony Rose Arena. The organization is calling for the closure of the swimming pool at the site, and conversion of its two ice pads into a new, larger indoor field house.

Going back to the 59 recommendations spread over 16 infrastructure projects, Mr. Tocher noted the majority of those called for upgrades at many parks and playgrounds in the area. Rotary Park, Rebecca Hills Park, Myr Morrow Park, and Lions Park were all specifically listed in the report, with other recommendations calling for the Town to add a new off-leash dog park, bring more edible gardens and fruit trees to the community, make several accessibility improvements at municipal facilities, and develop a new downtown festival precinct. All told, the 142 recommendations included in the report would set the Town back approximately $52 million – although $33 million of that is earmarked for the Alder Recreation Centre, and will only take place should the Town receive a significant ICIP grant.

Mary Catherine Mehak, also of thinc design, informed Council that, in terms of programming, there appears to be a limited demand for expanded parent and tot programming in Orangeville, with there being more interest in pre-school programming. She also said there was an opportunity for the municipality to provide additional sport and non-sport programming for children and teens.

She also discussed the potential for the Town to take more of a regional approach when it comes to making decisions regarding its various recreational facilities and programming.

“Looking at that regional approach, this might not necessarily be provided by the Town alone, but in partnership with other communities, it would point towards a major redevelopment of Tony Rose arena, the development of a regional arts and culture centre, and multiple field complexes. However, that would require a regional approach to planning,” Ms. Mehak said. “There is a great potential for the Town to take on the lead in future development for the region.”

Deputy Mayor Andy Macintosh particularly liked the mention of the Town taking a regional approach to some of its plans, noting it was something the Town needed to discuss with municipal neighbours such as Mono, Amaranth and East Garafraxa.

Coun. Joe Andrews was a big fan of the proposed downtown event precinct. That particular proposal was actually discussed at a Council meeting in June, when local resident Sylvia Bradley, herself a former councillor, brought forth a suggestion to relocate the Cenotaph and other military memorials to a parcel of land on First Ave. so that the municipality can develop a town plaza at Alexandra Park. In that proposal, Ms. Bradley called for the construction of an amphitheatre, walking trail, naturalized playground, game and hobby area, water feature and seating area in the downtown park.

The idea has been criticized by members of the Orangeville Legion, who have called the land in Alexandra Park that houses the Cenotaph “hallowed ground”, suggesting any proposal to move the memorials to another location on First Ave. would not be supported by local Legion members.

Barry Kimber, President of the Orangeville Legion, informed Council on Monday that proposed plans to change Alexandra Park had caused considerable upset amongst his membership base. As with the potential proposal to make significant changes to the Mill St. library, Council suggested there was no imminent decision regarding the redevelopment of Alexandra Park.

With Monday's meeting nearing a close, there was some disagreement regarding next steps. Town staff had called for Council to endorse the ten-year Parks and Recreation Master Plan, although members were cautious about using the word endorse, as that could signify they support everything outlined in the 540-page document. Instead, Council moved simply to receive the report, with Mr. Osmond promising to bring a list of priorities back for Council to look over prior to 2021 budget discussions.

“I think it's a good idea to have staff come back with a prioritization list. Maybe there are some low-hanging fruit we can look at funding this year, or next year without sitting back and relying on an ICIP grant decision being made,” Mayor Brown concluded.