Harvey Kolodny talks about the ‘future of the arts’ 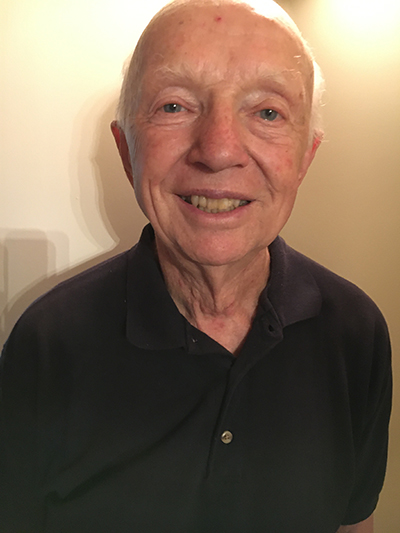 Harvey Kolodny, a professor emeritus at the University of Toronto's Rotman School of Management, has been involved with the Headwaters and Dufferin communities since he first moved up to this area some 25 years ago. His involvement and leaderships roles with environmental groups helped to achieve what was wanted over the years by effective fund-raising and “raising awareness about issues.”

In addition, Mr. Kolodny was President of the Dufferin Arts Council and chair of the arts and culture product group, as a member of the board of the Hills of Headwaters Tourism Association. He's clearly a staunch supporter of the arts.

He commented in an interview with the Citizen, “I'm very pleased that the Town of Orangeville has hired consultants to bring up tourism here, as Caledon has done. The small business people here are doing a good job. I see good work happening but I'm worried,” adding as encouragement, “In the Hills [magazine] does such a wonderful job of recognizing new artists. They go out to find attractive new artists and bring them to the fore.”

He said, “I think we remain with a strong set of local resources – the resources are still there. We're very strong in the visual, the performing and the literary arts. But a lot of the artists that came here and, in the last two or three years, there have been 25th anniversaries for Theatre Orangeville, In the Hills, the Museum of Dufferin – BookLore even longer. There is a whole generation of people who gave raise to the arts but many of them feel they've done their share. So, we may soon not have the same people but who will continue to run the arts.

“Now, it takes two incomes for families to run a household and, then, there are the demands of their children, with hockey and ballet. So, the question is – do those younger people have the time and the inclination to volunteer in the arts?”

His concern for this region is, to some extent, financial: “My worry is, artists gravitate to where they can make a living. Joyce [his wife] – she was an artist and she rented a place on King Street, in Toronto. But that became expensive. We came here where it was so cheap but now that's really hard because the housing is getting to be so expensive here.

“The riches that we had are really going to be lost to us and how can we replace it?” he wondered, suggesting, “Maybe if we can tempt enough people to come up here and see how nice it is to live here – maybe, they'll be the artists coming into the community.

“With good tourism plans, people will be attracted to come here. If they come, they will see that this is a good place to live; it's a wonderful community, how it takes care of its people, that will be a source of fresh blood that we can really use.”

Meanwhile, supporting the local artists and related businesses: “Most of the book clubs buy through the local book stores: sometimes, BookLore does offer things that are impossible to buy anywhere else.”

If there is a to be slump in the numbers of volunteers and, even, the artists who can continue to afford to live in this area, the question is, what can be done about this?

“One of the things that I think we are doing is to get really good plans to encourage tourism and visitors. Orangeville did a cultural plan most of which has been implemented – now, they're so interested in tourism.”

We discussed how much harder it is to be aware of the arts scene in Caledon, beyond the Alton Mill Arts Centre.

Said Mr. Kolodny, “On the whole, I have faith Caledon will come. Dufferin Arts Council did run some art days even in Caledon schools. We have all of this stuff going on in the Headwaters area and we have enough to make it.

“Every arts organization depends on the generosity of the patrons. Maybe, it is the ethic of Orangeville; it has to centre on the performing arts because people can afford an evening of theatre and dinner, where they might not be able to buy a painting for $300, for example.

“Central Countries Tourism puts up a list of artists and photos.”

Also: “We're trying to get an art trail going. I've looked online and there is no art trail in Ontario. There's a cheese trail and a butter tart trail, laughing because it is true.

“One of the towns could maybe start in conjunction with other towns to come up with maps that you give out and do online as well. We have to appeal to the population's ways of doing things. The town could develop an app. The other thing is there isn't an art trail in Ontario. When you try to work with the tourism information, they want to see overnight stays. All we can offer is day trippers.”

This is not entirely the case as there are the Best Western Inn and Conference Centre on Highway 10 and several bed and breakfasts in and near Orangeville.

More than anything, as an attraction to Orangeville, Mr. Kolodny is sure, “We need an arts centre in Orangeville” and we talked about the options without having to build: one option is the Town Hall, which houses the beautiful theatre, a main hub of the arts community. The building could be converted entirely to an arts centre and the business of the city be re-locate to other premises, which already exist, without necessarily losing the new Council Chambers.

As he pointed out, “When people come the town, they can do a little shopping; have dinner; go to the theatre but they want a place to visit – a focal point.”

With emphasis, he made the point that is frequently made and too often forgotten: “We can work into making it happen and to remember that arts and culture can be a major economic financial driver in any town.”

He said, “‘People could use their talent – people of competence – need to come together. We have to put our shoulders to it.”