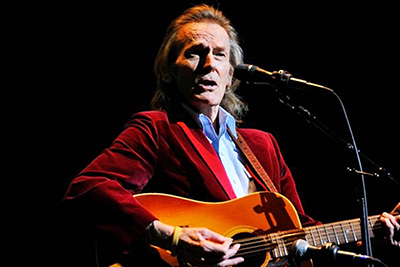 “I'm paying attention to my very extended family,” said Gordon Lightfoot in a telephone interview with the Citizen this week, referring to the three marriages (two divorces) and six children in his life. His son, “Eric [Lightfoot], for example, is living in Squamish, B.C. He and his wife, Ash, have two kids, a one-year young boy and the girl is four. He's working on a project.”

As is everyone in the whole world (nearly), Mr. Lightfoot is struggling with the restrictive life imposed by the Coronavirus. His life normally sees him at his gym a few days a week and working hard on organizing his next tour with his band but now, he told us, “I have to keep fit but I have no gym equipment. So, I walk – and I walk. For a while the weather was cold; now I have to find a sun hat. I gotta keep doing this.”

A moment to look way back, “There was the River Boat, [in the 1960's, in Yorkville in Toronto,] but before that, the Purple Onion in Yorkville and the Village Corner on Avenue Road. The building is still there. A team of lawyers uses it now.

“I made an album as the Two Tones, with Terry Whalen, in there. Funniest thing you ever heard – like Smothers Brothers. I couldn't keep that up for long.”

He speculated, “This is going to blow over and we all have to go back to work. What we're doing here now – my drummer's wife is stuck in the U.S. with her mother and my dear wife is in California, taking care of her mother. We talk twice a day – thank goodness for Ma Bell. I don't know what people are going to do -they gotta get back to work.

In answer to whether he is still writing new songs, following the recent release of his new album, Solo, “I'm not writing,” he said. “This album that I have put out is a landmark, my 21st album.

“It happened by a coincidence. It's all original: I found some missing material. I was moving my office around and I found this missing material. At first, I didn't even remember writing them, it was so long ago. But I listened to them and knew about it.

I already had five songs but you need ten to make an album. There were five good ones in the lost ones – it's all original material. I wrote them in 1999/2000, going into the new year.

“First of all, I thought, – I've got to get out my writing tools and orchestrate this thing. But if I had started, right now, we'd still be doing it and it might've taken a lot longer. I wanted to let the thing go but they were demos, just me and my guitar. I would have rewritten some of the lyrics but when I listened, it all made sense.”

Mr. Lightfoot assured us, “The fans are going to love it – it's on the internet. It's really got legs – it only came out March 20 and there isn't even a physical copy of it. It's only on Amazon and Apple.”

“Maybe, I've made my statement but I'm not retiring.”

Watching a YouTube video of one of Gordon Lightfoot's recent concerts, one can certainly see that he is far from retiring. He stands behind a mike, with his 12-string guitar of which he has another standing by, perfectly tuned each of them. His band, who have played with him for decades, are ready to go the distance with him. Without a break, he sings one song after another, to huge applause from audiences who adore him. His years do not sit heavily on him – while he's on stage, at least.

He commented, “I don't even have a cell phone. One of these days, I'm going to enter the 21st Century. I was going to do the CNE this year, on the last day, August 30.”

All that's left is, “What I do now is look after my extended family and I walk and I practice.

“You gotta get prepared and you can't miss a day. I didn't feel like going out every day.

“I don't have any aches and pains,” he informed us remarkably, “but I'm slow, I'm slowing. That's what happens when you get older.”

Yet, still anxious to go back on tour: “I love my band and we're all ready but I don't know how long this is going to go on. I was watching on TV, an interview with some actors and all of sudden, they're stopped. Everybody's trying to think of a way to get something going.”

When, finally, the all clear is rung: “We'll put together a nine-show tour. We just need to decide whether to start in Canada or the States. Be good to do a show at Casino Rama. I love performing there. It seats almost 5000 people. So, they have space: if they could only bring in half that many people, they have enough space.”

He lamented, “All the concert halls in the States where we play – they're beautiful but they're all shut down. Everyone wants to go back to work and there's the need to make a living.”

About the music world in this day and age, he said, “Everybody's basically doing their own thing – we've got some good talent around this country. Like Shania Twain who's such a good song writer. Leonard Cohen was and John Alan Cameron who wrote that Maritime stuff. They did the same as I did [in their early days], participate in music activities.

“Once I started writing songs I was already in grade 12,” he explained. “Then, I knew that I could do it – the song writing. I had good influences all over the place: Bob Dylan, James Taylor. I worked with all these people – John Denver, Steve Goodman, Harry Belafonte. I sang once with With Johnny Cash. He was a nice guy. Then came along Kristofferson and he was writing new songs. And Joni Mitchell. Bob Dylan's so prolific..”

Gordon Lightfoot has been given every music award there is to give in Canada, as well as the Order of Canada and Order of Ontario. In 1998, he was one of the inaugural inductees of a star on the Walk of Fame in Toronto.