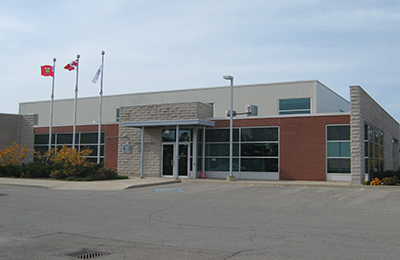 While COVID-19 has put a stop to most things worldwide over the past few weeks, the ongoing crisis should have no impact on the Town of Orangeville's plan to transition its policing services to the OPP, says municipal CAO Ed Brennan.

It has now been four months since Orangeville Council, in a 6 to 1 vote, decided to disband the 155-year old Orangeville Police Service in favour of adopting a policing model run by the OPP. It has been estimated that the Town will save as much as $58 million by 2036 by transitioning to the provincial force.

On Monday (April 6), Mr. Brennan informed Council that the Town had submitted an official request to disband OPS to Ontario Civilian Police Commission (OCPC) in March. He expects to hear back from the OCPC, regarding their decision, by the end of this week. He went on to explain that, despite the COVID-19 outbreak wreaking havoc across the globe, Town staff have been in weekly communication with OPP top brass and there is a confidence the transition remains on course.

In a January press release, Mr. Brennan said he expected OPP to be in a position to start hiring uniformed and civilian members for Orangeville by June. OPS officers eligible to transition to the OPP will begin a four-week training course at the OPP headquarters in Orillia in October. During that period, other out-of-town members of the OPP will police Orangeville. It's expected officer training will be complete by Oct. 30.

Mr. Brennan noted the Town was currently working on the design-phase for proposed upgrades to the existing police station, located on C-Line. During their initial presentation to the Town in early 2019, OPP staff indicated the facility would require approximately $1.2 million in renovations to bring it up to the force's required standards. In total, the Town is on the hook for approximately $7.5 million in one-time transitional costs this year, covering the renovations, severance to OPS staff and the purchase of new equipment and vehicles for the OPP.

It is likely that the bulk of those costs will be covered by municipal reserves. As stated in the Town's 2020 budget document, the municipality currently has close to $47 million in total reserve funds. Approximately $16.1 million has been set aside in the discretionary reserve pool, meaning that money can be spent on projects as directed by Council. A further $17.8 million sits in the municipality's obligatory reserves, meaning money intended for specific projects or purposes, and $12.9 million in the water/wastewater reserves, for water and wastewater-related projects.

In a report to Council in November, Mr. Brennan noted any money taken from municipal reserves would be replenished over a five-year period. A consultant hired by the Town to take a deep dive into the financials of both OPS and OPP predicted the municipality would, by 2024, save an average of $4.66 million annually by transitioning to the provincial force.