Barb Shaughnessy claims ‘the fix was in’ for local nomination 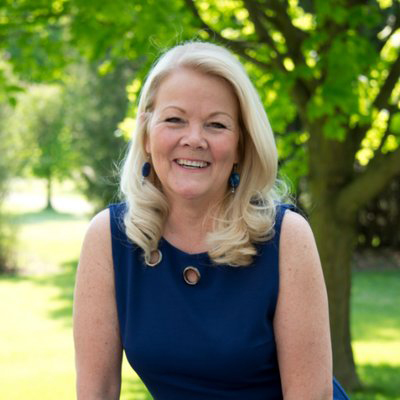 While a second appeal won't be forthcoming in the wake of last week's rerun of the Dufferin-Caledon Conservative nomination vote, Barb Shaughnessy, a candidate in the recent race, has launched a scathing attack against her party and the man tasked with leading the Tories forward in her home riding.

In a notice distributed to the 3,000-plus membership base on Tuesday morning (August 6), Ms. Shaughnessy claims “the fix was in” for Kyle Seeback, who handily ran out as the winner following the nomination vote last Wednesday (July 31) at the Orangeville Agricultural Society Event Centre.

Beating Ms. Shaughnessy in the final round of voting, Mr. Seeback will now represent the Conservatives on the ballot in Dufferin-Caledon in October's federal election.

This marks the second time in just five months that Ms. Shaughnessy could be perceived as criticizing the Conservative Party. Immediately following the initial nomination process, which concluded on March 19, she appealed the decision, alleging that the winner, Harzadan Singh Khattra, had broken Party rules and manipulated the system to come out on top. Following a month-long investigation, Mr. Khattra was disqualified.

Immediately following that disqualification, Ms. Shaughnessy expressed her belief that the nomination should be awarded to one of the top two remaining candidates – herself and Kevin Weatherbee. In the end, following weeks of silence, Conservative Party Executive Director Dustin Van Vugt revealed, on June 13, that a second nomination process would be launched in the riding, with new candidates eligible to put their name forward.

“Kyle was preparing himself for a nomination campaign before it was ever publicly announced,” Ms. Shaughnessy alleged in her release. “This is evident from the new Facebook profile picture (Mr. Seeback placed on his profile) on May 7, that became his campaign's main image, and a rapid professionalization of his social media presence.”

She added, “You might say, ‘well maybe Seeback was just getting ready in case a new nomination was announced'. Good question. Except that in all other situations where the party removed the victor of a nomination, they appointed the second-place finisher, or appointed someone else entirely who did not participate in the race, often a star candidate.”

“The party has not once, in its recorded history, opened a second nomination race after the first one's results were invalidated,” Ms. Shaughnessy continued.

During that initial nomination, Kevin Weatherbee marginally beat out Ms. Shaughnessy as the second-placed candidate. Following Mr. Khattra's disqualification, Mr. Weatherbee believed he  should have been afforded the opportunity to represent the Conservatives in Dufferin-Caledon in October's election. But after initially declaring he would run again in the second nomination, he quickly withdrew his name from consideration and, like Ms. Shaughnessy, criticized Conservative Party top brass for deciding to host an unprecedented second nomination.

Ms. Shaughnessy also drew attention to Mr. Seeback's ties to Campaign Life Coalition (CLC). In a release on May 8, more than a month before the Conservative Party announced the new nomination, Campaign Life Coalition stated it had a candidate in the Dufferin-Caledon riding that aligned with their values. On nomination day (July 31), the group put out another notice asking members to vote for Kyle Seeback.

While Mr. Seeback informed the Citizen last week that he has no ties to Campaign Life Coalition, Ms. Shaughnessy alleges he has long been associated with the organization, claiming he has given speeches at CLC conventions, while also “promoting their cause” online through websites such as YouTube.

“His commitment to Campaign Life Coalition is to re-open the abortion issue,” Ms. Shaughnessy alleges.

More than 750 words in length, Ms. Shaughnessy's statement also takes shots at Mr. Seeback's personal life, bringing up his alleged infidelity and past involvement in the website AshleyMadison.com – a site for married individuals to find extra-marital affairs. She goes on to claim that Mr. Seeback's baggage will come back to bite the Conservative's in October's election.

“Information regarding Mr. Seeback's past and personal views is well known to the Liberal Party and will become common knowledge throughout the Dufferin-Caledon community during the upcoming election,” Ms. Shaughnessy wrote. “The Liberals will reopen the playbook they used in 2015 to defeat (Mr.) Seeback.”

She added, “Members have asked my position on Mr. Seeback. I can unequivocally say that I cannot support Mr. Seeback. He plays loosely with the truth. He does not reflect the values of the members I introduced to the party. He does not have my trust.”

When contacted by the Citizen, Mr. Seeback admitted he was very disappointed that Ms. Shaughnessy decided to engage in the type of “dirty politics” he says he tries to avoid.

“Obviously I'm disappointed that Barb would send out an email like that. I think this type of negative mudslinging is the type of politics that generally turns Canadian voters off. It's not the kind of politics that I will ever engage in,” Mr. Seeback said. “I ran a very positive campaign in my nomination. I spoke about my positive vision for Conservatives and now I'm going to talk about my positive vision for the people of Dufferin-Caledon.”

Ms. Shaughnessy wasn't the only candidate to have issues with the most recent nomination process. Former Orangeville Mayor Jeremy Williams, who finished in fourth place with 70 votes, took to social media to congratulate Mr. Seeback for winning the nomination, while also making note of the backing he received from CLC. While stating he had “more fun in this nomination race than any race before”, Mr. Williams admitted he had one regret.

“My only regret is for all those who wanted to vote tonight and couldn't. My wife. Most of my family. Many friends and supporters. All had current memberships. But were denied their right to vote. Shameful,” Mr. Williams wrote.

When asked if she had received any further complaints from local members, Dufferin-Caledon Conservative Association President Jennifer Innis informed the Citizen she had heard only good things about this second nomination. Regarding comments made by Mr. Williams, Ms. Innis said she checked in with senior party officials who were on hand last Wednesday.

“Regarding Jeremy, I can't speak to specifics, but I do know what happened. I have been made aware. The Party was very clear on when memberships were due by, and Party followed the rules it set out,” Ms. Innis said. “Just because you're a candidate doesn't mean you are exempt from those rules. Everyone has to follow them.”

She added, “I know Jeremy had concerns. HQ made me aware of what the outcome was. There were some members whose membership had probably lapsed. However, each candidate was given the membership list. People would have been receiving communication from candidates. It's their job to make sure all of their members and supporters are on that list and to ensure it's up to date.”

The federal election will take place on Oct. 21.