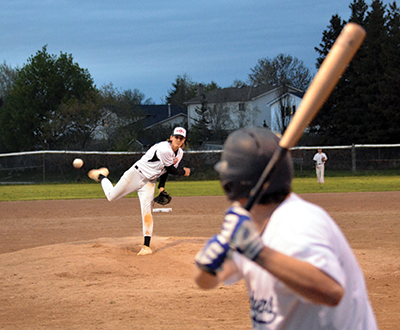 It's still in the early going of the North Dufferin Baseball League however the front runners are already moving to the top.

The New Lowell Knights are undefeated after six games and have moved into first place.

Also undefeated, the defending champion Ivy Leafs have come out on top in their first five games of the season.

The Orangeville Giants have taken only one loss this season so far and are looking like a strong team.

The squad lost their first game of the season then followed up with three wins for a 4-1 record and are now in fourth place in the 14 team league.

On Wednesday, May 22, the Giants travelled to Tottenham to take on the Bolton Dodgers.

Several Bolton games are being played in Tottenham this season as the Bolton teams have having trouble securing time at their own diamonds in town.

The night game saw the Giants come out on top with a 3-0 win over the Dodgers.

All three O-ville runs came on a home run from Nathan Drury.