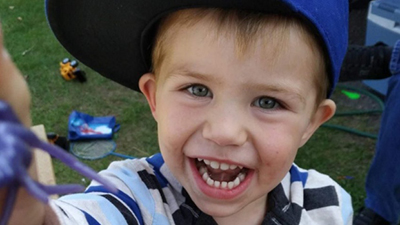 An eight-day preliminary inquiry has been scheduled as Michelle Hanson prepares to defend herself against two charges in relation to the drowning last year of her three-year-old son Kaden Young.

The case was back in an Orangeville courtroom once again on Tuesday (May 7), where Ontario Court Judge Richard Schwarzl booked the hearing, requested by Ms. Hanson, for the summer.

The preliminary inquiry will be used to determine whether there is enough evidence to justify a commitment to trial. Judge Schwarzl noted the first five days,  July 8 to 12, will be used for this specific purpose. He pointed out that if insufficient evidence was provided by the Crown there would be no need to move forward with the final three hearing days, of potential exculpatory evidence provided by the defence, now scheduled for July 28, 29 and 30.

Ms. Hanson was charged with impaired driving causing death, dangerous driving causing death and criminal negligence causing death on Oct. 11, 2018 – eight months after the incident in which Kaden lost his life. On Feb. 21, 2018, the minivan driven by Ms. Hanson was pulled into the raging Grand River after she  allegedly, failed to stop at a road closure sign. Reports at the time said she was able to escape the vehicle, with Kaden intact, but the young boy was torn from her arms, plunging into the Grand River.

The incident sent shockwaves throughout the community, with thousands pulling together in solidarity and support as they sought to bring Kaden home. Vigils and fundraisers were organized, while hundreds trawled through the river banks in search for a body that was recovered from Belwood Lake on April 21, 2018 – two months to the day from his disappearance.

Neither Ms. Hanson, nor her Toronto-based lawyer Marco Forte, were in attendance on Tuesday morning.

The preliminary inquiry into the matter will begin in Orangeville on July 8.