Local boxer moves up to next level in the sport 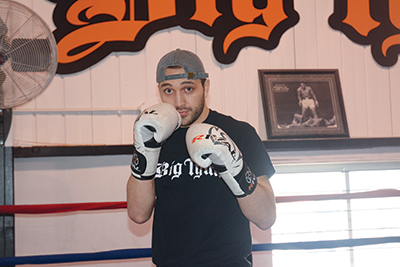 As far as boxers go, Nigel Rubio is fairly new to the sport, but he's not new to competing in the ring.

Rubio recently took the next step in his career when he graduated to the ‘open class' of amateur boxing.

In the amateur ranks, fighters are matched up with other competitors of fairly equal experience for their first ten fights. That stage of the sport is called the Novice class. After that they enter the Open class and will be in the ring against other boxers who have completed ten matches.

A boxer could be up against someone with 11 fights or 40 bouts behind them.

“I moved up from Novice to Open. In the Open class you're fighting guys with 11 fights and up,” Nigel explained. It's not as controlled in a sense because I'll be fighting guys who have 30 or 40 fights even though I only have 11. Now you've got that bigger pool of fighters.”

His first fight in the Open class took place on March 30, in Toronto.

Not only did he win the match, it was the main event and named ‘Fight of the night.'

Fighters train for the extra time in the ring, but even training doesn't really come close to actually spending that extra minute in the ring with an opponent.

Nigel usually weighs in at the middleweight level, but actually went into the fight as a welterweight  after dropping ten pounds due to fighting the flu the week before the bout.

At 24, Nigel is a late comer to boxing having started only two years ago, but he has a background in similar sports.

He now works as a coach and trainer at Big Tyme Fitness in Orangeville.